Here’s what happens when Audi is tasked with building Ken Block’s new drift car. It’s called the S1 E-tron Quattro Hoonitron – because of course it is – and it’s a one-off, all-electric drift machine taking influence from Audi’s Group B rally car used to win the Pikes Peak hill climb in 1987. 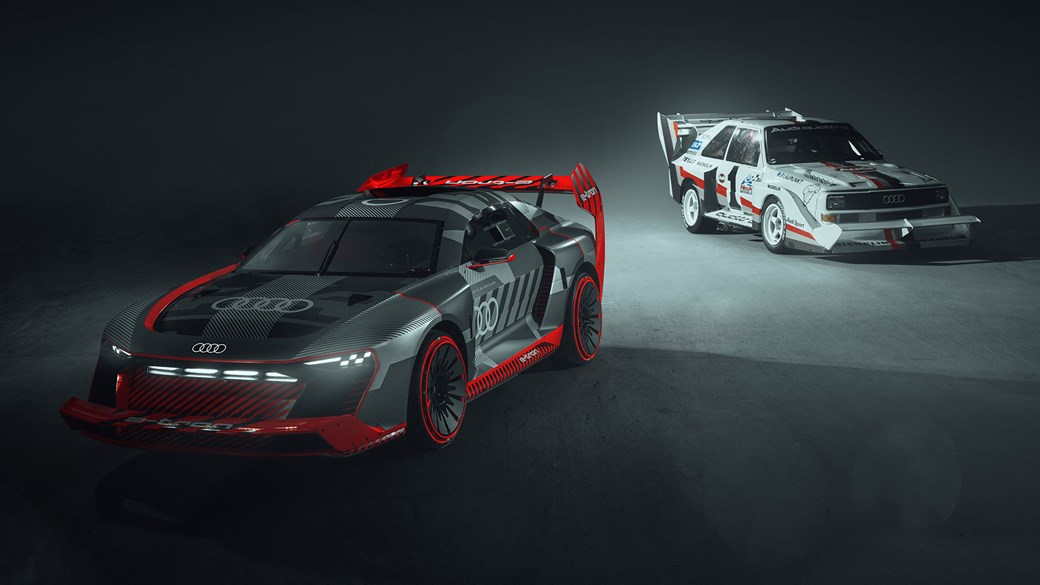 Revealed in official images this week, the Audi S1 Hoonitron is to star in Block’s next Gymkhana video, which currently has the working title of Elektrikhana, and will no doubt bring millions of eyes to the new vehicle and Audi’s E-tron electric car division.

Go on then, give us some stats

There aren’t that many for now, unfortunately. However, Block has said how the S1 Hoonitron can launch itself into a donut, with the four driven wheels instantly spinning up to 150km/h. Quite a bit of torque, then. 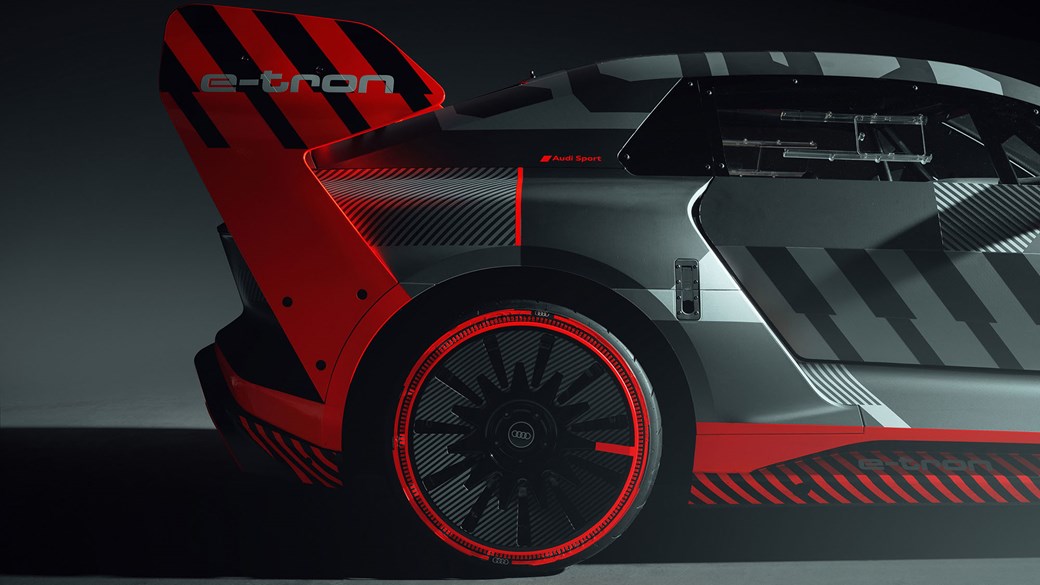 Audi also says how the car is all-wheel-drive, has a carbon chassis, and features a pair of electric motors. No word on power output, battery size, acceleration or range at this point, although we expect the 0-60mph and the range to be somewhat brief when driven in maximum-attack mode.

What does Ken Block think of it?

He’s a fan, unsurprisingly. “The S1 Hoonitron combines a lot of what Audi was already famous for in the nineteen-eighties. For instance, the car’s spectacular aerodynamics have now been translated into a totally modern form. I think it’s cool that the Audi designers have been inspired by their own past and uniquely transferred the car’s technologies and appearance into the present.” 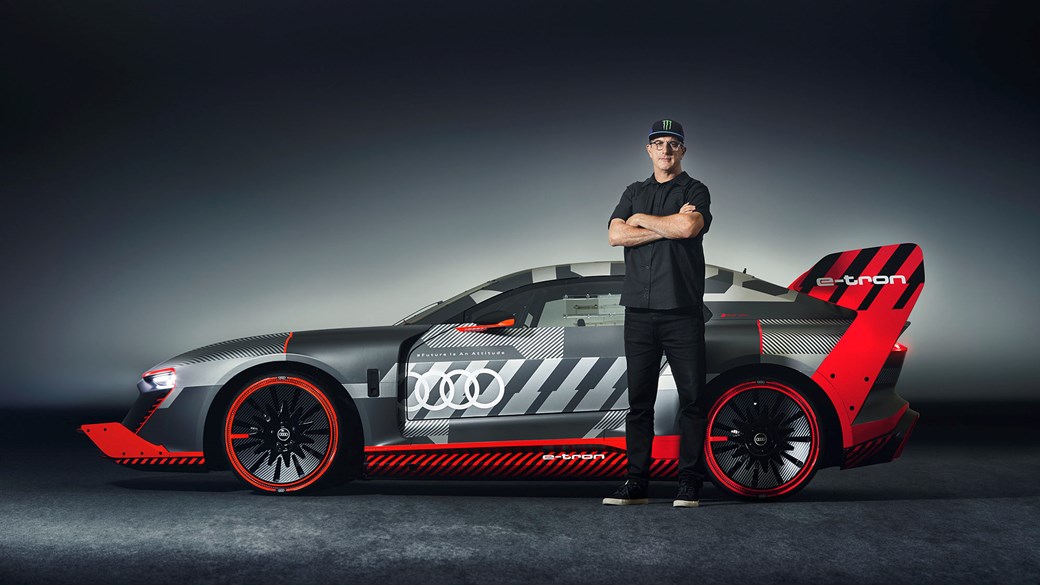 The car is being developed at Audi Sport’s Neckarsulm HQ and was styled by Audi’s Marc Lichte. Naturally, it’s inspired by the Sport Quattro S1 from 1987, which itself was a highly-modified take on the company’s Group B rally car of the mid-eighties.
Lichte said: “When we first heard about this project, the whole team was thrilled immediately: we had the opportunity to develop a car that combines an icon of our brand with the future. It was about creating a modern, all-electric interpretation of the S1 Pikes Peak.”

Block says he’s already had a chance to drive the E-tron Hoonitron, for a few days in Germany in November. Of that he says: “I’m familiar with a wide variety of cars using internal combustion engines and transmissions, but there were a lot of new things for me to learn here. Spinning into a donut at 150 km/h directly from standstill – just using my right foot – is an all-new experience for me.”

When will we see the video?

Again it’s all a bit vague, but Audi says the Elektrekhana video will be released in the next few months.